The world first learned of the incredible vocal artistry of Cécile McLorin Salvant when she won the prestigious 2010 Thelonious Monk International Jazz Competition. In just under the span of a decade she has evolved from a darling of jazz critics and fans, to a multi-GRAMMY® Award winner, to a prescient and fearless voice in music today.

In life and in music, McLorin Salvant’s path has been unorthodox. The child of a French mother and Haitian father, she was raised in the rich cultural and musical mix of Miami. She began formal piano studies at age five and started singing with the Miami Choral Society at age eight. Growing up in a bilingual household, she was exposed to a wide variety of music from around the world through her parents wide-ranging record collection. While jazz was part of this rich mix, her adolescent and teenage years were focused on singing classical music and Broadway. Following her desire to study abroad, she enrolled in college (Aix-en-Provence in the south of France) to study opera and law. Ironically, it was in France that McLorin Salvant began to really discover the deep roots of jazz and American music, with the guidance of instructor and jazz saxophonist, Jean-François Bonnel. Bonnel’s mentoring included bringing McLorin Salvant stacks of CDs, covering the work of jazz and blues legends as well as its lesser-known contributors.  Working through these recordings, McLorin Salvant began building the foundation needed to thrive and occupy a special place in the august company of her predecessors.

Three years later, McLorin Salvant returned to the US to compete in the prestigious Thelonious Monk International Jazz Competition. On the urging of her mother she entered the contest, but with little sense of what was awaiting her. The expatriate American jazz singer from France, surprising everyone (herself included), took top honors in the jazz world’s most demanding competition. An illustrious panel of judges—Dee Dee Bridgewater, Dianne Reeves, Kurt Elling, Patti Austin and Al Jarreau—noted her impeccable vocal technique, innate musicality, and gifts as an interpreter of popular song. “She brought down the house,” reported the Washington Post. Yet, as music critic Ann Midgett observed, “Her marathon is just beginning.”

Since 2010, McLorin Salvant has soared to the top of the music world, garnering praise and gathering awards. “She has poise, elegance, soul, humor, sensuality, power, virtuosity, range,

insight, intelligence, depth and grace,” announced Wynton Marsalis. “You get a singer like this once in a generation or two.” She has been honored with top spots in DownBeat’s critic’s polls in the categories of “Jazz Album of the Year” and “Top Female Vocalist.” NPR Music has awarded her “Best Jazz Vocal Album of the Year” and “Best Jazz Vocalist.” Her debut album, WomanChild (2013), received a GRAMMY® nomination. And her following releases, For One to Love (2015), Dreams and Daggers (2017), and The Window (2018) all won GRAMMY® Awards for “Best Jazz Vocal Album.” 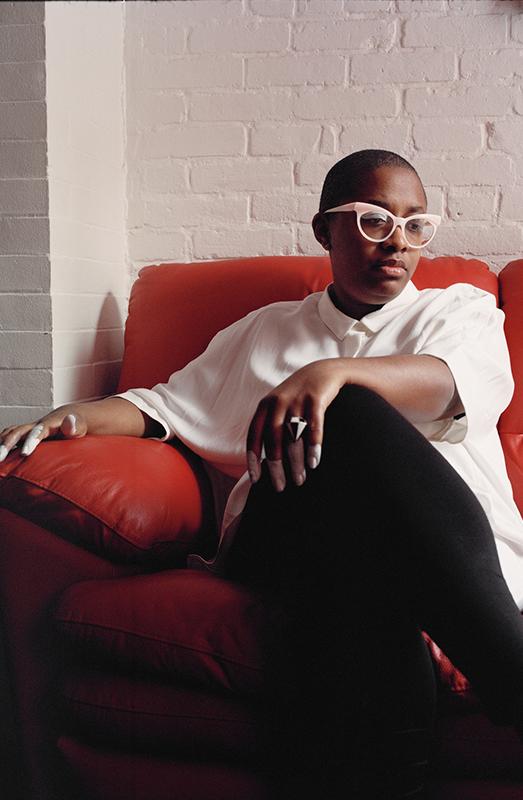